GBC topped their group with maximum points to qualify for the Cup Final, O’Loughlin’s came 2nd to make the Shield Final. In Group 2 Ballyhale came out on top also with  maximum points, St. Martins qualified for the Shield Final.
The Shield Final was won by O’Loughlin Gaels on a scoreline of – O’Loughlin’s 5-6, St. Martin’s 2-4.  The Cup Final was won by Ballyhale on a scoreline Ballyhale 3-4, GBC 2-4.
The U12 management of Padraig, Ger, Shane & Aidee were very pleased with the boy’s effort all day. They were 9 points down at half time v O’Loughlin’s, but put in a storming 2nd half to win by 1 and put in a solid 30 minutes v Lisdowney in the 2nd game. They gave everything v Ballyhale, but when Ballyhale saved a 21m free with time up our luck ran out. Well done boys.
PANEL: R.Lynch, T.Butler, F.McCluskey, M.Brennan, E.Cahill, M.Tynan, K.Lynch, S.O’Halloran, S.Cody, C.Ronan, A.Tector, R.Tector, J.McCarthy, A.Ging, S.Hogan, C.Neary, O.Hoyne, S.East, R.White, B.McEvoy.
Big thanks to referees Julian Dwyer & Conor Everard, Maurice for pitch condition, Ben Hayes for organizing trophies and the ladies in the kitchen. Finally to the 6 clubs who took part, not possible to run these tournaments without their participation. Looking forward to 2020 already!! 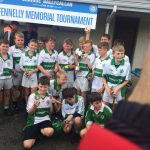 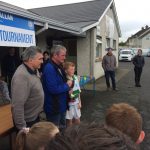 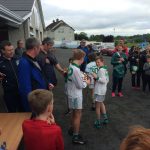 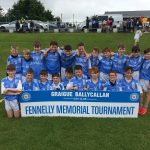 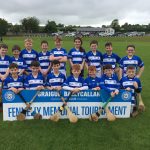 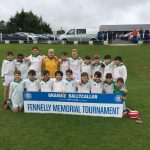 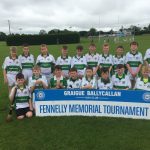 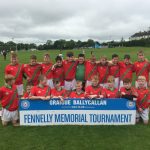 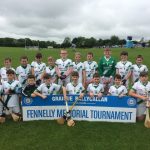