On Sunday 4th of August we hosted the annual Declan Bryne Under 14 Memorial Tournament with 6 teams competing. We had 2 groups of 3 with Graigue Ballycallan, Clara and Fermoy in Group 1 and O’Loughlin’s, Dicksboro and Tullogher Rosbercon in Group 2.
In our first game we played Clara and won on a scoreline of 1-10 to 0-4. In the second game we played Fermoy who opened up an early lead, the lads fought back but Fermoy held out for a win 3-4 to 2-4.
In the final game of the group Fermoy beat Clara 3-10 to 1-3 meaning Fermoy qualified for the Cup Final and Graigue Balllycallan for the Shield Final.
Group 2 was very close with all teams winning a game each. In the opening game Dicksboro beat O’Loughlin’s 2-8 to 0-4. In game 2 Tullogher overcame Dicksboro 1-9 to 0-4 and in the last game of Group 2 O’Loughlin’s beat Tullogher 1-12 to 1-1. Scoring differences decided the places and Dicksboro qualified for the Cup Final and O’Loughlins for the Shield Final.
Fermoy were victorious in the Cup Final on a scoreline of 1-12 to 0-2. In the Shield Final GBC beat O’Loughlins 1-11 0-2. Philomena Byrne presented the winners with their trophies.
A great day was had by all. A massive thank you to all who helped out in any way on the day and in the preparation of this prestigious tournament which is in its 20th year. 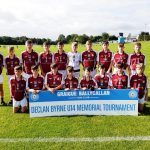 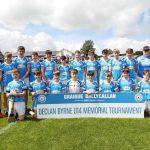 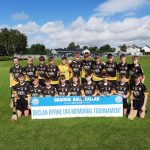 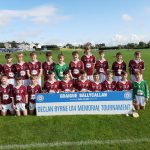 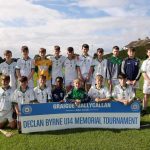 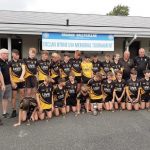 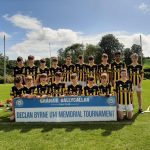 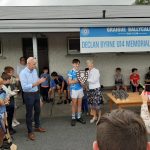 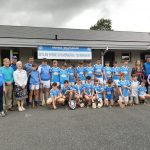 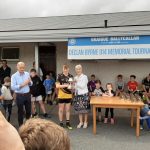 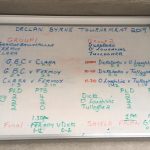