Freshford hosted the second round of the Intermediate Hurling League between GBC and Ballyragget on Sunday last. Despite the underdogs tag, GBC were competitive in all positions. END_OF_DOCUMENT_TOKEN_TO_BE_REPLACED

GBC minors took on Thomastown in Tom Ryall Park last Wednesday in the third round of the league. After two losses to city teams, a win was badly needed to boost morale and build some momentum in this league, prior to the exam break. With only five minutes on the clock, a Thomastown forward broke loose and picked his spot from close range. Bill Cuddihy brought off a great save, avoiding an early setback. END_OF_DOCUMENT_TOKEN_TO_BE_REPLACED

Graigue Ballycallan Intermediates got the season proper off to a start on Sunday against Glenmore in Dunnamaggin. The sides traded points in a lack-lustre first half and worringly all of GBC’s 7 points bar one came from frees, scored confidently by Conor Murphy. Billy Ryan got the sole point from play, to leave the half time score Glenmore 0-8, GBC 0-7. END_OF_DOCUMENT_TOKEN_TO_BE_REPLACED

Following a narrow two point defeat against O’Loughlin’s in the first round, GBC went into this second round Minor League game with reasonable grounds for optimism. The pitch was barely playable on the night and with a bitterly cold cross-wind the scene felt like the TV set of Craggy Island. END_OF_DOCUMENT_TOKEN_TO_BE_REPLACED

On Thursday night last the GBC Minors opened their campaign against O’Loughlin’s in the first round of the Roinn A League in Tom Ryall Park. END_OF_DOCUMENT_TOKEN_TO_BE_REPLACED 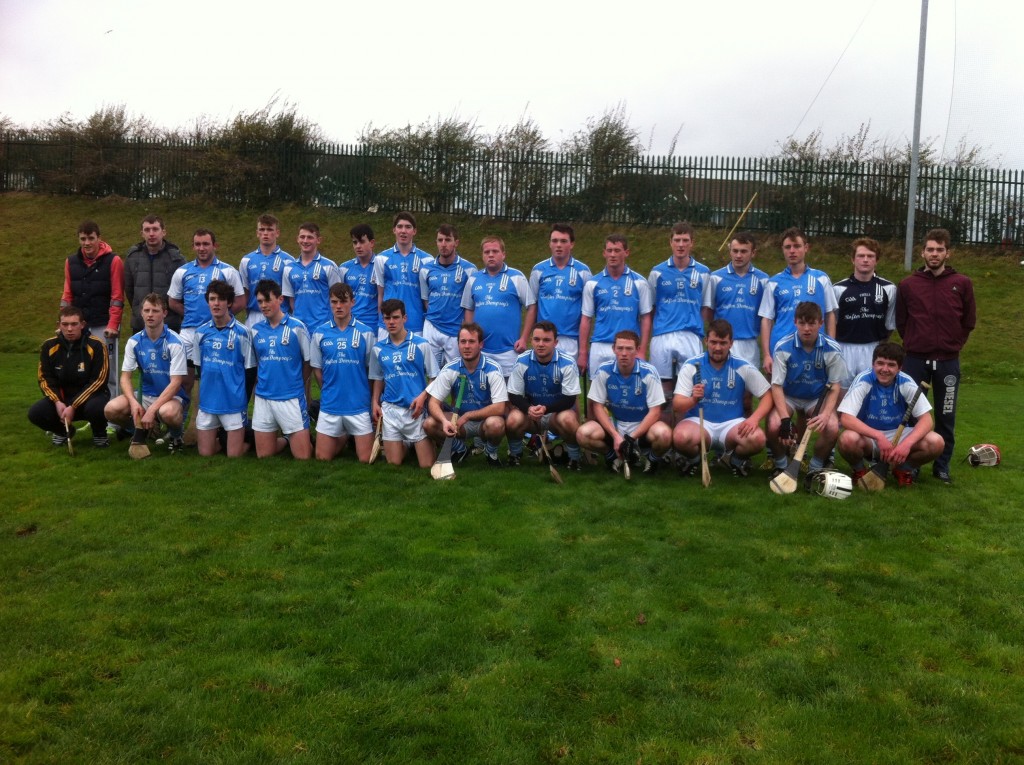 Graigue Ballycallan overcame Young Ireland’s Gowran in a spirited performance on Sunday to reach the North final of the Roinn B Under 21 hurling championship.

Whether at under 6 or senior championship, a tie between GBC and neighbours Tullaroan always brings an added air of anticipation and excitement. It was no different on the second day of September when these age old rivals met in the Minor Hurling League in Tullaroan. END_OF_DOCUMENT_TOKEN_TO_BE_REPLACED

Graigue Ballycallan played Thomastown in the Minor Hurling League last Monday in Thomastown. Thomastown were fastest out of the blocks and had two goals on the board within the first fifteen minutes. Sean Ryan scored five points in the half while Ciaran Hogan, Dylan Lanigan and Colum Prendiville added a point each. Just before the break, Dylan Lanigan netted for GBC, following good work by Sean Ryan. It was all to play for at half time as the score read GBC 1-8, Thomastown 2-6.

END_OF_DOCUMENT_TOKEN_TO_BE_REPLACED

Graigue Ballycallan Intermediates squared up to Tullogher Rosbercon on Saturday night last in what was a potentially season-defining contest. The first half was very evenly contested, with Eddie Brennan and James Ryall chaperoning Walter Walsh and efficiently limiting his effect on the game. Eddie was clinical in his score taking, while Niall Millea contributed three points in the first twenty minutes.

END_OF_DOCUMENT_TOKEN_TO_BE_REPLACED 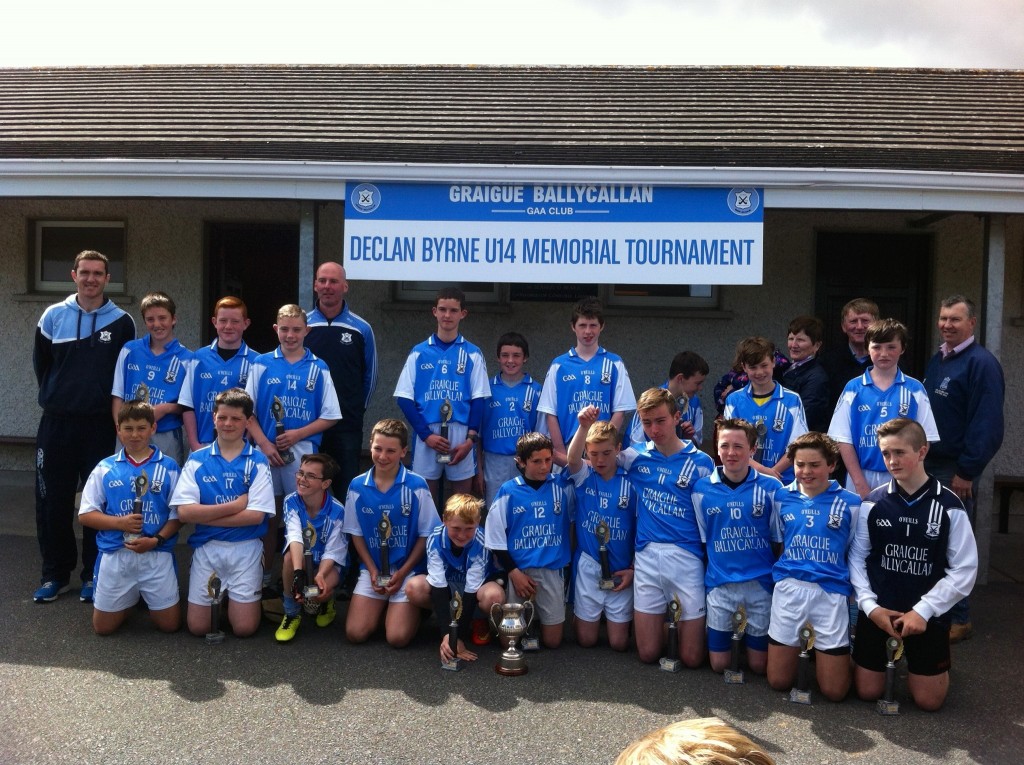 Report by Bill Cuddihy
Neighbours and arch rivals Graigue Ballycallan and Tullaroan went head to head in the third round of the Intermediate Hurling League in Palmerstown and it was Tullaroan who shaded victory by a point. Brave Graigue Ballycallan never gave up and there was never much between the teams in a game full of excitement. END_OF_DOCUMENT_TOKEN_TO_BE_REPLACED