Graigue-Ballycallan GAA club and St. Brigid’s Camogie clubs were well represented in the Kilkenny final of the GAA Scór na nÓg competition held in The Set Theatre last Monday evening. For the younger members it was their first experience of performing in competition on stage and they provided great entertainment for the large audience in attendance. Great credit to the large crowd from the parish who were present to cheer them on. 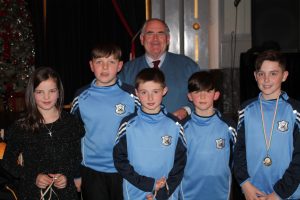 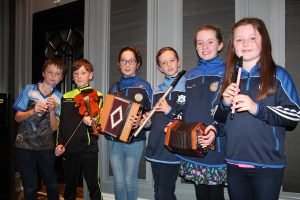 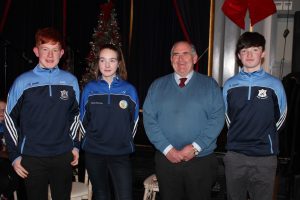 A memorable performance was given by JJ Ryan, Orla Flynn and Alex McCluskey singing Mo Ghile Mear and the Star of the County Down. They had beautiful harmonies and presentation throughout the performance and now progress in the competition to Leinster. 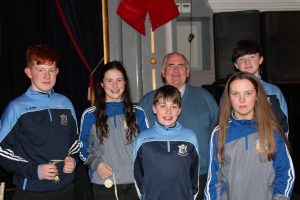 The Audience were in for a real treat when the instrumental group played Jim Wards jig and the Tamlin reel. These were performed by Sara Harrison concertina, Alex McCluskey piano accordion, JJ Ryan guitar, Michael Harrison bodhrán and Katie Brennan on whistle. Following their win, they will compete in Leinster in the coming weeks. 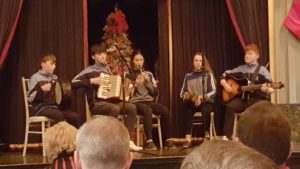 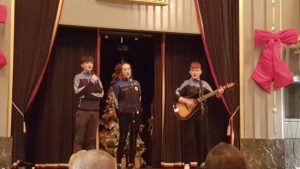 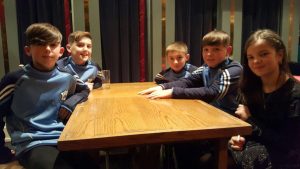 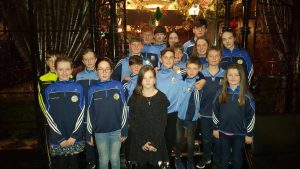 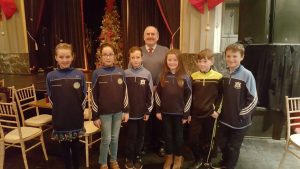