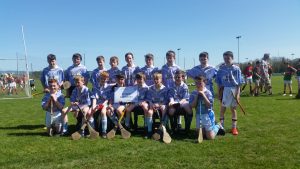 What a glorious day to start the Under 11’s hurling season in the Boro at the CBS Secondary School blitz and despite the results not going our way, the performance of the boys was as bright as the day that was in it.

The first game against John Locks saw our first goal belted into the net by Cian Ronan.
Eastie then made a fine clearance from the backs that would have surely resulted in a score only for his quick reaction. Corms Neary showed that he could not only stop the scores in goal but when outfield could pop them over the bar too. Even with the heat of the day, the cool heads of Ben McEvoy and Michael Tynan were dazzling.

The second game against the Boro saw Hogie pull off some crackers of saves in goal. The Boro’s star player was quietened when man-marked by Keelan Lynch. Tony Butler scored 2 goals that would have been the talking point on the Sunday game. Robbie Lynch, Frank McCluskey and Martin Brennan held the back line like a game of Red Rover – hard to break through!

The final game again against another Boro team saw the boys turning up the heat. Robbie Tector and Eoghan Cahill showed a display in how ground hurling should be done. Shane Cody steadied the ship in the backs and after his supply of ball to the forwards, Sean O’Halloran, Gingrs and Oran the rock Hoyne, there was no doubt that we clocked up the scores.

Though the results didn’t go our way the performance was like the day – fabulous. Well done boys! 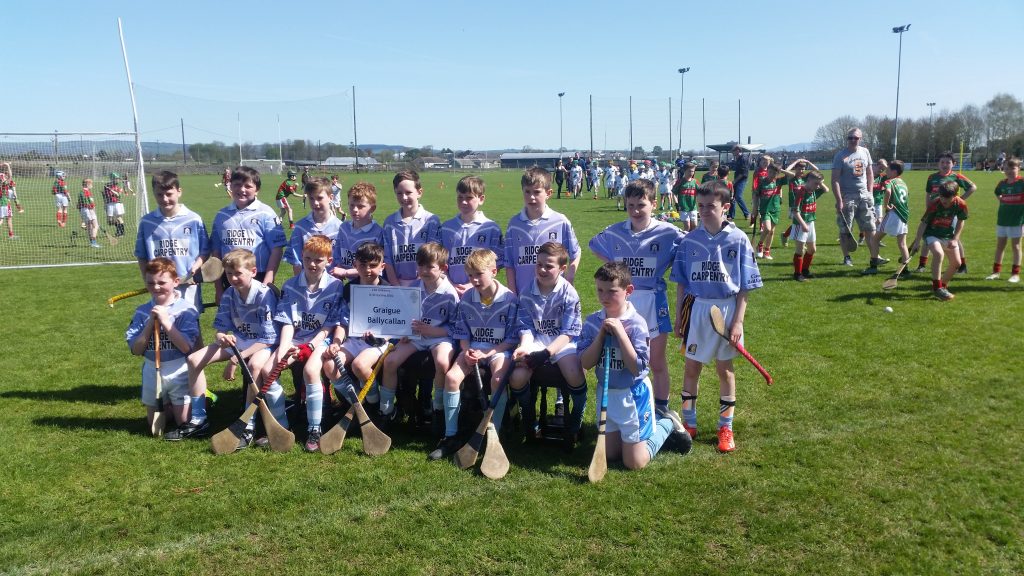