Hard luck to our hurlers in the All Ireland Intermediate Club Semi Final who were beaten by Charleville of Cork last Saturday 19th January in Semple Stadium. Full Time Score Charleville 1-15 Graigue Ballycallan 1-13. We are so proud of this team for all they have achieved over the last few months and we look forward to what 2019 will bring when we will compete in the Senior grade once again.
Match report to follow.

Best of luck to our Intermediate Hurlers who head for Kennedy Park, New Ross, tomorrow, 17th November 2018 to take on Fethard St. Mogue’s of Wexford in the Leinster Intermediate Club Semi Final. Throw-in 1.30pm, please support the lads as they try to qualify for the Leinster Final!

What a day Sunday 28th October 2018 was, the Michael Lyng Motors Intermediate Hurling Championship Final will be remembered for many years to come. The day our wonderful Intermediate hurlers stepped up to the mark and won against our neighbours Tullaroan on a scoreline of 2-16 to 2-13. We looked like we were dead and buried in the 28th minute when we were 9 points down but the lads put in a fantastic 2nd half performance to win by 3 points. Well done to the players and management team for giving us a year to remember! 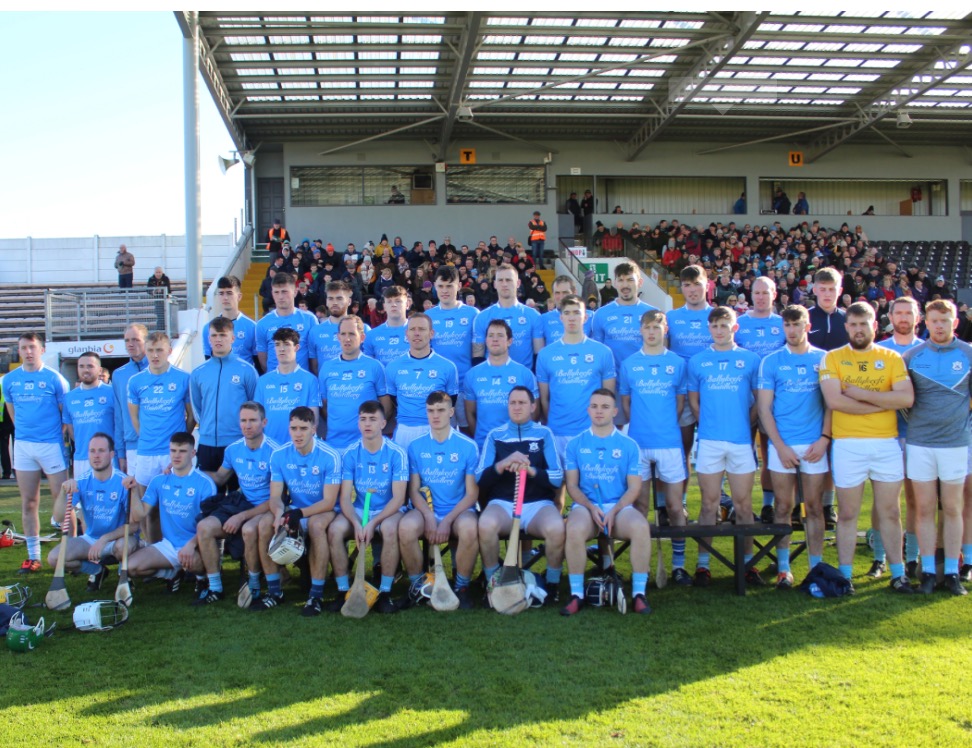 We would like to wish our Intermediate hurlers the very best of luck in the County Final tomorrow Sunday 28th October. The match throws in at 1pm in Nowlan Park and we are up against our neighbours Tullaroan. Here’s a selection of photos from around the parish in the build-up to the match! Graigue Ballycallan Abú!

Report by Philomena Brennan
In a rain soaked Nowlan Park on Sunday last 13th October, GBC were attempting to secure a second successive County Final appearance. Conditions were miserable as the rain poured down from early Saturday as forecasted. A slight respite occurred just before the start of the game but it was to prove short-lived as conditions made open fast hurling next to impossible for both teams.
END_OF_DOCUMENT_TOKEN_TO_BE_REPLACED

In a windy Ballyhale last Saturday, GBC faced south counterparts Glenmore in the Intermediate HC Quarter Final. Both sides had met in last year’s HC Semi-Final and were no strangers to each other. With a strong prevailing wind a feature of the day, Glenmore won the toss and opted to play with it. Exchanges were physical in the opening fifteen minutes and as a result scores were hard won by each side. GBC were guilty of squandering scoring chances but eventually settled down and after scoring the only goal of the half went into the break one point up.
END_OF_DOCUMENT_TOKEN_TO_BE_REPLACED 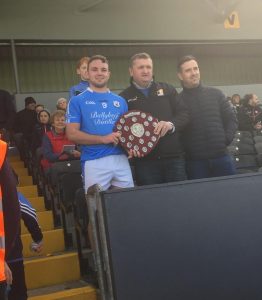 Click on the link below to view some more photos from the match!

The final round of the Michael Lyng Motors Intermediate Hurling League took place in Urlingford on Saturday last 16th September. With six points in the pot from the previous four rounds GBC was seeking to finish the League with a win which would guarantee them a place in the Shield Final but more importantly a spot in a quarter final.
END_OF_DOCUMENT_TOKEN_TO_BE_REPLACED

After last week’s defeat it was a quick turnaround to the next round which took place in Ballyhale on Sunday 2nd September.  GBC‘s opponents were Tullogher –Rosbercon who were positioned just above them in the league table. GBC played very well for the majority of the game but it still took a late point to give them a four point cushion going into the closing stages. While the opening exchanges were close GBC seemed to be performing better in all areas of the field and were worthy first half leaders on a score of GBC 1-12 Tullogher Rosbercon 0-8.
END_OF_DOCUMENT_TOKEN_TO_BE_REPLACED

With both sides unbeaten to date in the League, this match last Saturday in Palmerstown, would see one team top the group. In front of a large attendance, both sides looked evenly matched in the opening stages but when their opponents hit the GBC defence for two goals in quick succession, GBC were left chasing the game to the finish. END_OF_DOCUMENT_TOKEN_TO_BE_REPLACED

After winning the League Title earlier this month, GBC went straight through to the Championship Semi-Final were their opponents were Mullinavat. In an entertaining match in John Locke Park, Callan last Tuesday evening GBC were slow to get off the mark and it was their southern counterparts who looked the livelier of the two. END_OF_DOCUMENT_TOKEN_TO_BE_REPLACED

After a break of seventeen weeks, all clubs were back in action at the weekend. GBC had already secured two points when beating Thomastown back in April but in all honesty Saturday’s clash against Glenmore had the feel of a league opener due to the long break. In very wet and miserable conditions in Mooncoin both sides were guilty of some mistakes but overall the tie proved very entertaining to the large crowd present. Glenmore led for most of the first quarter but GBC were on level terms shortly after. The locals gained the lead just before half-time and went into the break 0-10 to 1-5 in front. GBC were the better team in the second half and at one time built up a lead of five points. Glenmore never gave up the battle but in the end GBC ran out 0-18 to 1-12 winners and were well worth their two point victory. With four points now secured it’s on to Palmerstown on the 25th Aug where Tullaroan will provide the opposition.