Category for all Junior B team related posts 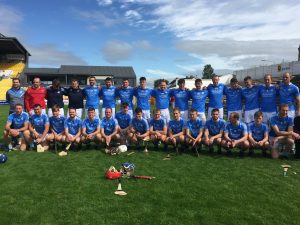 The Final of the JJ Kavanagh Junior “B” Hurling Championship Final took place in Nowlan Park on last Sunday 9th September. It was a repeat of the Junior League Final pairings and as GBC and O’Loughlin Gaels took to the field, a close contest was anticipated by the large attendance.  These expectations were vindicated in the opening quarter as both teams struggled to find scores. Slowly GBC got the better of the exchanges and build up a seven point lead coming close to the half time break. END_OF_DOCUMENT_TOKEN_TO_BE_REPLACED 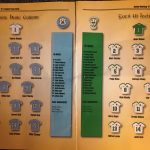 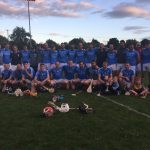 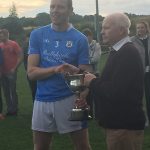 END_OF_DOCUMENT_TOKEN_TO_BE_REPLACED

The Junior B Hurling League has commenced and GBC had their first outing against Emeralds of Urlingford last Tuesday 8th May 2018. The locals were to prove too strong on this occasion and recorded a comprehensive victory to pick up their first two points in the competition.

On a breezy Saturday afternoon in Tom Ryall Park, Graigue Ballycallan Junior B team took on Dicksboro. Graigue started well going ahead after a James Gleeson point. However, Dicksboro made use of the wind and began to score freely with some good long-range points. GBC did not lie down though and regained the lead with a hard-fought goal from Padraig Murphy. END_OF_DOCUMENT_TOKEN_TO_BE_REPLACED

On Sunday afternoon last in Tom Ryall Park, GBC played St. Martin’s in the Junior B hurling league. Playing with a strong breeze in the first half GBC held the upper hand around the middle, with Eoin Corcoran, Conor Hogan and Eamonn Egan dominating. END_OF_DOCUMENT_TOKEN_TO_BE_REPLACED

Report by Teresa Corcoran
On Easter Monday, April 20th the Graigue Ballycallan Junior B team came up against Barrow Rangers on a windswept day in Tom Ryall Park.
With a significant breeze behind them in the first half, Barrow Rangers dominated the scoreline, putting over 6 points from play and could have had a goal or 2 from play had it not been for some fine goalkeeping from Padraig Dunphy. END_OF_DOCUMENT_TOKEN_TO_BE_REPLACED

On Sunday last GBC Junior B team played Danesfort in the second round of the league. Playing with a strong breeze in the first half GBC registered 6 points to Danesfort’s 1-7. END_OF_DOCUMENT_TOKEN_TO_BE_REPLACED 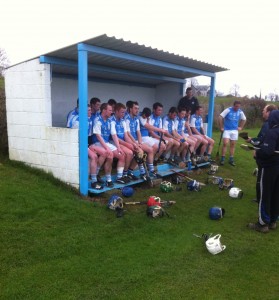