Half of the proceeds of The Annual Mary McGrath Table Quiz normally in aid of St. Brigid’s Camogie Club, this year was decided to go towards UNICEF which help Ukrainian aid during these awful times. St. Brigid’s Camogie Club also matched this donation to UNICEF. Below is the acknowledgment letter from UNICEF. Thanks to everyone who supported us in anyway.

I just wanted to drop you a note from Ukraine to say a huge thank you for your generous donation of €1124.00 to help children like 15-month-old Artur. I met him and his family when I visited an air raid shelter in Lviv. This is the second time they’ve had to flee their home because of the violence, so the fact that people like you care about them means so much.

To a mother at her wit’s end after travelling on foot with her small children in the bitter cold for three days, your gift of clean water is so precious. To a child who’ll spend yet another night sleeping in an underground bunker instead of their bed at home, your gift of a blanket is so comforting.

Thanks to the amazing help of people like you in Ireland and across the world, UNICEF has already delivered several tons of hygiene products, including diapers, disinfectant, and wipes to a temporary refugee centre at the Palanca crossing point on Ukraine’s border with Moldova.

With your help, we won’t stop until every child is reached. Thank you again. 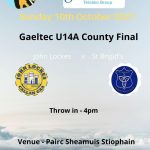 Big afternoon today for our U14 girls. Wishing the girls and mentors the very best of luck in the Gaeltec Roinn A County Final at 4pm in James Stephen’s, Kells road where they take on John Lockes. Please come out with your colours and show your support for a fantastic bunch of girls.

The U8 camogie season came to a smashing end last week! It was never in doubt that these girls would hit the target and find lots of treats! From the very first training session to now, their striking, blocking, scoring, defending and team work has improved tenfold and best of all they do it with a smile on their faces and lots of giggles 😀 So to finish up, they deservedly had lots of treats and fun games thanks to Anna, Alan, Moira and Adrienne and pretty snazzy new water bottles and grips thanks to Gearoid. Keep up all the practice, a super bunch of girls. 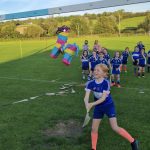 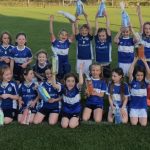 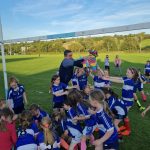 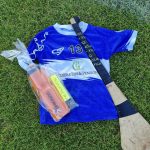 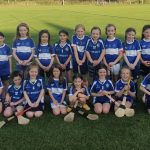 U-14 News: Huge congratulations to Molly Conroy who was a member of the KK Amber Squad who won the All Ireland U-14 Blitz yesterday. They defeated Galway by 6-7 to 1-7. Massive well done also to our Black Squad and Strips Squad members Tara Cody, Siobhan Kenny and Georgina Casey who were narrowly defeated in their groups. Well done all on representing St. Brigid’s and your County with distinction. We are all very proud of ye. 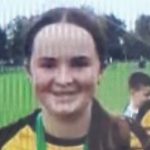 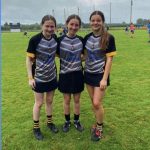 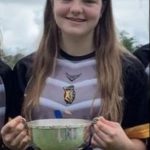 MINOR CAMOIGE 2020——— we remained in ROINN A and we had expectations for the class of Minor 2020. The challenge to be competitive was made more difficult for all due to COVID 19. However, we had a bunch of girls who had shown great character over the past few years (U16 Roinn A Champions 2018) so we had expectations of ourselves. One of keys to success was staying injury free so losing Kate McCluskey was a cruel blow to this group. This injury on top of others leading up to the Semi Final v Dicksboro obviously became too much on the day and we failed to meet our expectations. That was a pity but this group have a huge amount to look forward to as they develop their camogie careers. END_OF_DOCUMENT_TOKEN_TO_BE_REPLACED 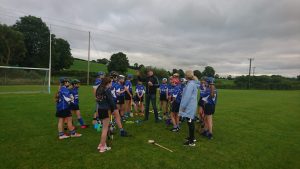 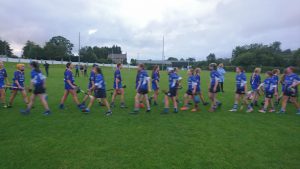 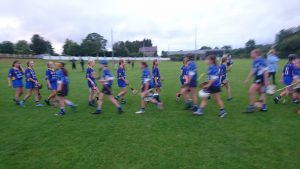 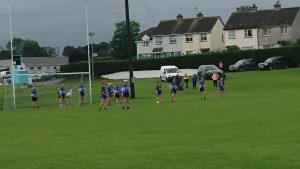 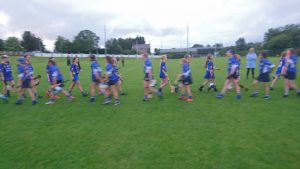 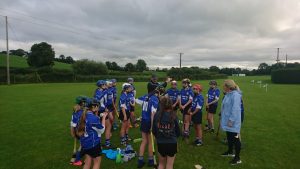 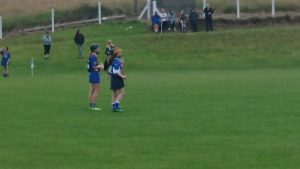 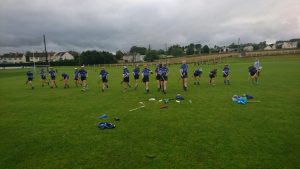 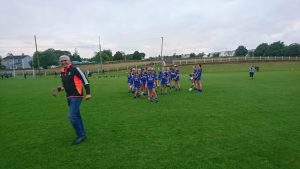 St Brigids U14 camogie panel had their first challenge match against Callan on Monday evening 13th July in our own pitch. Under the new normal our girls had a tough but impressive game, they all worked hard and played very well, the skill everyone showed was brilliant, thanks to our referee on the night, Mary Murphy, a big thanks for a great job, thanks to all the parents and supporters, and thanks to Callan for a great match. The U14’s have their first league match next Sunday evening, 19th July against Thomastown in Thomastown. Well done girls 👏 👏 great performance 👏👏 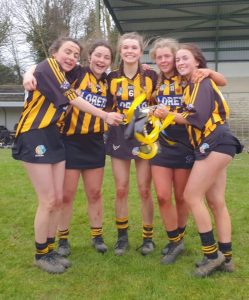 Huge well done to Loreto Secondary School Kilkenny and our five St. Brigid’s girls on the victory over Presentation Athenry in the All Ireland School’s Junior A Final in Banagher this afternoon. 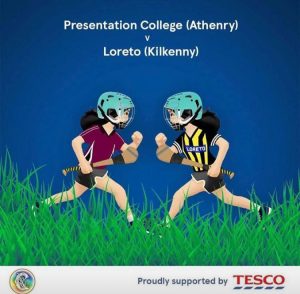 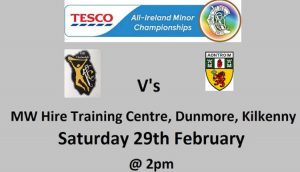 Best wishes to our three club girls Tara, Kate and Leah who are togging out with Kilkenny Minors today February 29th against Antrim in MW Hire, Dunmore at 2pm in their 1st Round game. 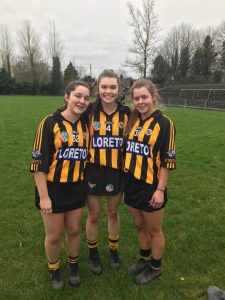 Well done to Loreto Secondary School Kilkenny and our club girls Kate, Claire and Moya on winning the All Ireland Senior A Schools Final beating Presentation Athenry on a scoreline of 1-15 to 2-10, well done girls. 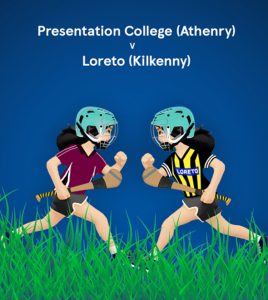