Category for all Adult related posts 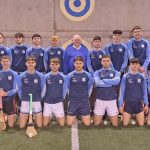 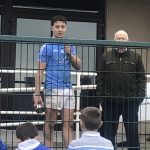 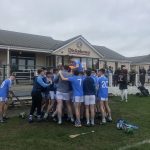 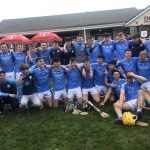 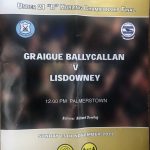 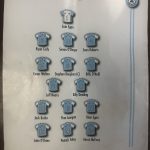 Congratulations and well done to our U21’s on a fantastic victory over Lisdowney in the JJ Kavanagh & Sons U21B Final in a packed Palmerstown on Sunday 13th November. This was a very tight match and could have gone either way but the lads held strong to win the match on a scoreline of 1-12 to 14 points!

Click on the link here for Match report from Kilkenny Live! 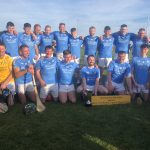 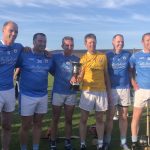 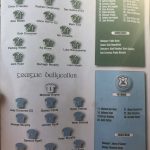 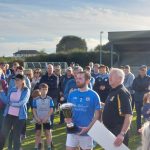 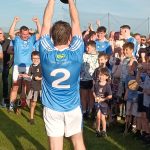 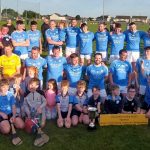 Congratulations and well done to our Junior E team on a great victory against Mooncoin on Saturday 10th September in Mooncoin. This was a tough match and the lads had to dig deep to secure the win.

Our Under 19’s got their League/Championship campaign off to a winning start on Sunday afternoon 4th October in Kilmanagh beating a strong Galmoy/Windgap team by 4 points.
The visitors got off to the better start going 6 points to 2 ahead in the first ten minutes. GBC got their first goal then through good work from a busy Jeff Neary letting the ball in to OisÍn Egan and he finished very well. Minutes later GBC got a lucky goal when a long free from Stephen Keoghan went straight into the net. Another goal for GBC from Patrick Foley left the score at half time 3-6 to 9 points. END_OF_DOCUMENT_TOKEN_TO_BE_REPLACED

The St. Canice’s Credit Union Senior Relegation Final GBC v Danesfort will take place on Sunday 13th September at 2pm in John Locke Park. Due to Covid-19 restrictions we will be LIVE STREAMING the match for our supporters.

GBC knew they would have a tough battle on their hands as they took on Bennettsbridge in the 1st Round of the St. Canice’s Credit Union Senior Hurling Championship in UPMC Nowlan Park on Sunday at 2pm.
A Conor Murphy free and a point from play for Aaron Brennan saw GBC 0-2 to 0-1 after the opening 3 minutes. Bennettsbridge then found their gears scoring 3 points without reply until Conor Murphy pointed a free in the 10th minute to leave the score 0-3 to 0-4. At the water break it was 0-6 to 0-4 to the Bridge. After the water break The Bridge upped the gears again adding 5 more points to GBC’s two frees. The gap at halftime could have been more only for a great on the line save from Ciaran Hoyne left the score at halftime 0-11 to 0-6 to The Bridge.

END_OF_DOCUMENT_TOKEN_TO_BE_REPLACED

Pairc Sheamuis Stiophan on the Kells Road was the venue as GBC faced O’Loughlin Gaels in the JJ Kavanagh & Sons Junior A Championship Semi Final on Sunday 16th August.
This was always going to be a close match between these two even sides. The first quarter, as they are known by now, produced some fine hurling from both sides but at the water break it was GBC ahead by 1-7 to 0-7. GBC’s first score of the game coming from the evergreen James Ryall. This was followed by points from Oisín Egan, Adam O’Brien and Willie O’Connor but the difference between the two sides was Sean O’Dwyer with 1-1 from full forward. After the water break more points from Ciaran Hogan, two frees from Oisín Egan and another point from Sean O’Dwyer saw GBC lead at halftime 1-11 to 0-10

END_OF_DOCUMENT_TOKEN_TO_BE_REPLACED

Our Senior hurlers went to UPMC Nowlan Park to take on Mullinavat in the final round of the St. Canice’s Credit Union League. After a disappointing result against Dicksboro in round 2, GBC were hoping for a better performance.
In the opening 15 minutes GBC were holding their own against a strong Mullinavat team. Points from Sean Ryan, Tom Dunphy and Aaron Brennan saw GBC 0-7 to 0-5 down but hurling well. But after the water break GBC didn’t register a score and it was 0-10 to 0-5 at halftime to Mullinavat.

END_OF_DOCUMENT_TOKEN_TO_BE_REPLACED

On Sunday 9th August GBC took on near rivals Tullaroan in the JJ Kavanagh & Sons Junior A Championship Quarter Final in Tullaroan in very warm conditions. GBC didn’t get the start they wanted when the ref awarded Tullaoran a penalty within the first minute which they scored the opening goal from. But from there until the water break GBC would out play Tullaroan all over the field and lead 0-6 to 1-0, scores coming from two Oisín Egan frees and points from play from Sean O’Dwyer, Vinny Teehan and Adam O’Brien. After the water break GBC didn’t let up with Sean O’Dwyer and Oisín Egan causing problems again, scoring 1-4 between them before halftime leaving the score 1-10 to 1-3.

END_OF_DOCUMENT_TOKEN_TO_BE_REPLACED

Our Senior hurlers are in action on Saturday 15th August v Mullinavat in the 3rd Round of the St. Canice’s Credit Union Hurling League.

This match is being played in Nowlan Park, throw-in 3.30pm. Due to continued restrictions at GAA matches the numbers are limited to 200. Kilkenny GAA will be streaming the match LIVE on the following link:

Please Note: There is a €6 charge for this live stream

GBC made the trip to Freshford for the opening round of the St. Canice’s Credit Union Senior Hurling League against Clara on Friday evening 31st July 2020.
Playing against the wind in the first half, GBC opened the scoring with a Sean Ryan free within the first minute but it didn’t take long for Clara to get into the game to leave the score after 8 minutes 0-1 to 0-4. After 12 minutes Sean Ryan won a great ball, played it across the field to Jesse Roberts who controlled it very well and score a fine point from play. 0-2 to 0-4. Within 2 minutes a short puck out from Ciaran Hoyne to James Ryall who found Jesse Roberts on the left wing, scored another fine point. 0-3 to 0-4. After the water break that man again Jesse Roberts, who was causing serious problems for the Clara half back line, scored another great point from play. 0-4 to 0-4. From there on in, Clara had the better of GBC and out scored GBC 1-6 to 0-3 leaving the halftime score 1-10 to 0-7 to Clara.
END_OF_DOCUMENT_TOKEN_TO_BE_REPLACED

Graigue Ballycallan  took on James Stephens in the 1st Round of the JJ Kavanagh Junior A Championship in Tom Ryall Park, Kilmanagh on a wet Saturday at 2.30pm. GBC got off to a perfect start when they went 3 points up within the first 3 minutes with scores from Oisín Egan (free and 65) and a well taken point from play from Simon O’Dywer. GBC kept up the pressure on James Stephens, with our backs hurling well and three more points from play from Oisín Egan, Vinny Teehan and Shane Hennessy leaving the score 0-6 to 0-4. James Stephens started to come into the game more as the first half was coming to an end but more points from Oisín, Shane and Vinny left the score at halftime GBC 0-9 James Stephens 0-7
END_OF_DOCUMENT_TOKEN_TO_BE_REPLACED
1 2 3 … 8 Next Posts»