Graigue-Ballycallan played St. Lachtain’s of Freshford in the second round of the Intermediate hurling league last Saturday night in Palmerstown. In monsoon-like conditions, GBC played with a gale at their backs in the first half. Seven minutes in, St. Lachtain’s broke through the GBC defence for a goal. END_OF_DOCUMENT_TOKEN_TO_BE_REPLACED

The Graigue – Ballycallan U-10 blue team played their first Go-Game of the year in Slieverue on a cold, windy Saturday morning.  Playing ground hurling for the first ten minutes of the game, Charlie Cleere, with a skillful ground stroke passed the sliotar to the ever alert Jeff Neary, who scored a fine opening goal which settled the Graigue – Ballycallan boys.  Jeff quickly scored another two goals. END_OF_DOCUMENT_TOKEN_TO_BE_REPLACED

Hard luck to our Intermediate camogie team who lost the second round of the championship on Friday the 9th May. They encountered Paulstown in Paulstown on a cold dull evening. Even being without key players, including the usual half back line, the girls had a great game. The younger members of the panel such as Caoimhe Murphy, Charlotte McCluskey and Aisling Kelly really stepped up to the mark and gave great performances. END_OF_DOCUMENT_TOKEN_TO_BE_REPLACED 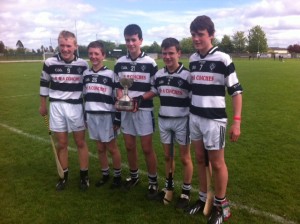 Congrats to Tommy Ronan, Jesse Roberts, Killian Egan, Ciaran Hogan and Aaron Brennan who were all part of the St. Kieran’s College team that won the Leinster Junior Colleges final in St. John’s Park on Thursday 8th May 2014. St. Kieran’s were managed by Tom Hogan and they were playing against Kilkenny CBS who were managed by another Graigue Ballycallan clubman, Thomas Ryan. Well done all!

Huge congratulations to Aisling Dunphy who was part of the Kilkenny senior camogie team who became Irish Daily Star division 1 league champions against Clare last Sunday 4th May in Semple Stadium.
They dominated the match and came out on top with a scoreline of 1-15 to 0-04. END_OF_DOCUMENT_TOKEN_TO_BE_REPLACED 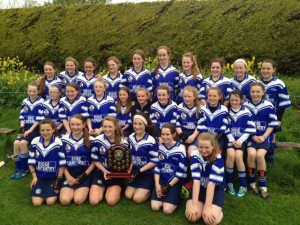 St. Brigid’s u-14 camogie team took part in the Feile 2014 Competition on Saturday 19th April in Tom Ryall Park Kilmanagh. St. Brigid’s were in the Roinn B group and were joined by Rower Inistioge, Freshford and Naomh Brid.

Graigue Ballycallan and Gowran played an exciting, skillful brand of hurling in the Junior A North semi-final, on Saturday evening last in St. John’s Park. GBC were flying from the throw in and led by nine points to two midway through the first half, a long-range effort from Shane Butler being the pick of the scores. END_OF_DOCUMENT_TOKEN_TO_BE_REPLACED

Last Thursday saw the meeting of GBC and Lisdowney in the under 16 hurling league. Both teams had two wins out of two, so it was all to play for.

Lisdowney were fastest out of the blocks and GBC couldn’t match their pace and intensity in the first half. END_OF_DOCUMENT_TOKEN_TO_BE_REPLACED

On Sunday afternoon last in Tom Ryall Park, GBC played St. Martin’s in the Junior B hurling league. Playing with a strong breeze in the first half GBC held the upper hand around the middle, with Eoin Corcoran, Conor Hogan and Eamonn Egan dominating. END_OF_DOCUMENT_TOKEN_TO_BE_REPLACED

Best of luck to Aisling Dunphy who is part of the Kilkenny senior camogie team who will contest the Irish Daily Star division one league final this Sunday 4th May in Semple Stadium. They come up against Clare at 1.30pm before the hurling league final.

GBC minors played Slieverue in a balmy Tom Ryall Park on Monday evening. Eamonn Egan scored Graigue’s first point from play in the opening minutes, but unfortunately their next score from play didn’t come until the fortieth minute, when Billy Ryan pointed. END_OF_DOCUMENT_TOKEN_TO_BE_REPLACED 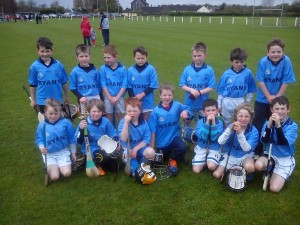